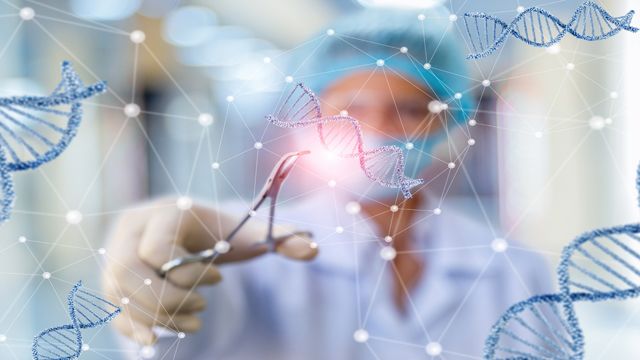 Much of the versatility of the CRISPR system comes from the CRISPR-associated protein or Cas protein, the molecular scissors that recognize and cut specific pieces of DNA.

Since the initial discovery of what would become known as CRISPR, 6 major types and more than 22 subtypes of Cas proteins have been identified.

Perhaps the best known is Cas9 – the original gene editing enzyme whose transformative programmable capabilities were first described in 2012 by Emmanuelle Charpentier and Jennifer Doudna. Cas12 is a more recent addition to the CRISPR pantheon, gathering particular interest for its potential use in diagnostics.

But what are the major differences between Cas9 and Cas12, and how can you decide which is right for your research?

The Cas9 protein is found in several strains of bacteria including Streptococcus pyogenes, where the dual RNA-guided DNA endonuclease originally evolved to cut invading foreign DNA.

In nature, Cas9 requires two RNAs to recognize and cut its target – a targeting RNA called CRISPR RNA (crRNA), which is a copy of the target DNA, and a structural component called trans-activating CRISPR RNA (tracrRNA), which forms a complex with crRNA needed for the proper assembly and association with Cas9.

In their landmark paper, Charpentier and Doudna’s team combined these two RNAs into a single guide RNA which could direct Cas9 to make sequence-specific cuts in DNA.

They also showed that the nucleotide sequence of the guide RNA could be programmed to target any DNA sequence for cleavage, forming the basis of the gene editing system that went on to win them the Nobel Prize in 2020.

When it reaches its target, Cas9 makes a double-stranded cut in the DNA, leading to the ability to insert, delete or modify specific regions of the DNA nearby.

Since Cas9 was discovered in 2012, many further developments have been made, including variants with even greater accuracy. For example, Cas9-HF1 (or “HiFi”) was designed to reduce non-specific contacts and has a reported on-target cutting accuracy rate above 99.9%. Size optimizations have also been made, with a smaller version of Cas9 being discovered in Staphylococcus aureus in 2015. More than 1 kb smaller than the original Cas9 from Streptococcus pyogenes, this smaller Cas9 can be packaged into a single adeno-associated virus (AAV) vector and could represent a useful alternative in applications where size matters.

Cas9 offers high fidelity genome editing that is particularly useful for research and commercial applications. The technology has already been put to work in labs around the world, generating nearly 20,000 scientific publications and contributing to the development of novel products ranging from genetically modified crops and livestock to food additives and beauty products.

Cas12: A new addition to the CRISPR family

However, Cas9 is not the only Cas in town: in 2015 Cas12 was discovered in the Acidaminococcus and Lachnospiraceae families of bacteria. This newer Cas has been much touted – but how does it differ from Cas9?

Cas12 is a single RNA-guided endonuclease, which means it processes its own guide RNAs and so only requires crRNA for targeting, making it a smaller overall package than Cas9. The ability to design a targeting crRNA for both Cas9 or Cas12 is very straightforward and key to the simplicity and broad use of these systems in genome editing.

Cas9 has been widely reported to have a slightly higher cutting efficiency than Cas12, but both generally eclipse other genome editing systems like TALENs and zinc fingers when it comes to cutting efficiency. Cas9 leaves a blunt end cut, while Cas12 leaves a 5’ overhang, but this would not appear to have a meaningful impact on the types of edits that can be accomplished.

One important difference is that Cas9 and Cas12 recognize different PAM sequences – the short piece of targeting DNA next to the desired cleavage site – with broad implications for the overall utility of each system.

Cas9 requires only a “GG” sequence adjacent to its target, whereas the original Cas12 requires the sequence “TTTV” (where V is A, C or G), with more recent derivatives of Cas12 requiring only “TT”.

However, most mammalian genes are GC-rich, meaning it’s not difficult to find the requisite GG for targeting Cas9 to a specific location. By contrast, the canonical Cas12 TT-rich PAM is more abundant in bacterial genomes and therefore has a more limited targeting capability in mammalian genomes. Based on this alone, many researchers find Cas9 much more flexible for use in mammalian systems.

However, researchers have discovered a unique property of Cas12 that lends itself to another application outside of genome editing: non-specific cutting of single-stranded DNA. This ability has been turned into a powerful tool for DNA diagnostics by detecting small amounts of DNA from sources such as viruses and cancer cells.

While Cas12 might hold more potential for certain applications like diagnostics, it’s at a much earlier stage of development than Cas9 and may lack some of the accuracy needed for precision genome editing.

As the original and best-characterized CRISPR effector nuclease, Cas9 has a much longer research history, publication record and greater investment. For this reason, Cas9 is good to go “right out of the box” and is more appropriate for commercial and research applications where accuracy and reliability are required, particularly in mammalian applications.

As a patented technology, any commercial use of CRISPR – from internal R&D all the way through to market – requires a licence from the patent holder(s). And here’s where it gets a little confusing.

Not only has CRISPR quickly gained prominence because of its scientific potential, there has been plenty of media attention for the various patent disputes around the technology between Charpentier, the University of Vienna and the University of California (together known as CVC) and the Broad Institute at MIT. Both of these groups have intellectual property (IP) rights to various pieces of CRISPR technology that must be licensed in order to be used commercially.

The most recent ruling in the US in February 2022 came down in favor of the Broad team having priority of invention for the specific use of single-guide CRISPR/Cas9 systems in eukaryotic cells. This sparked dramatic headlines and social media chatter that might lead some to incorrectly believe that CVC no longer has any patent rights over CRISPR/Cas9 technology.

In fact, this latest ruling has no impact on any of CVC’s granted US foundational patents that cover compositions and uses of CRISPR/Cas9 in all settings, including eukaryotic cells, which it holds in over 80 countries including the EU, China, Japan and elsewhere.

CVC retains the rights for over 40 US patents covering a range of compositions and methods for CRISPR/Cas9 gene editing, and holds European patents for the CRISPR/Cas9 method of DNA modification, covering use in bacteria, plants, animals and in cells from vertebrate animals including humans.

Most commercial research and applications of CRISPR/Cas9 are therefore likely to need to start with a CVC licence, and may also require a separate licence from the Broad, depending on the geographic area and the specific use case.

By contrast, despite the recent furore around Cas9 patent rights, the licensing and patent landscape for Cas12 is even more complex and opaque. As of 2020, Cas12 is claimed in 899 patent families worldwide and the licensing situation for its use remains in dispute and wholly unclear.

Several groups have made public claims to having created Cas12 derivatives that are free and clear of any restrictions, but these claims seem dubious at best given the structural similarities to Cas12 and the ever-increasing number of patents being filed in this space in hopes of grabbing a piece of the IP pie.

CRISPR technology has revolutionized the life sciences, opening up new possibilities for novel technologies that will help to change the world. In turn, this has triggered an understandable rush of commercial interest from companies ranging from nimble biotech start-ups through to larger established organizations. Selecting the right system to use and securing the appropriate licensing is a vital first step in exploring this new world of opportunity. 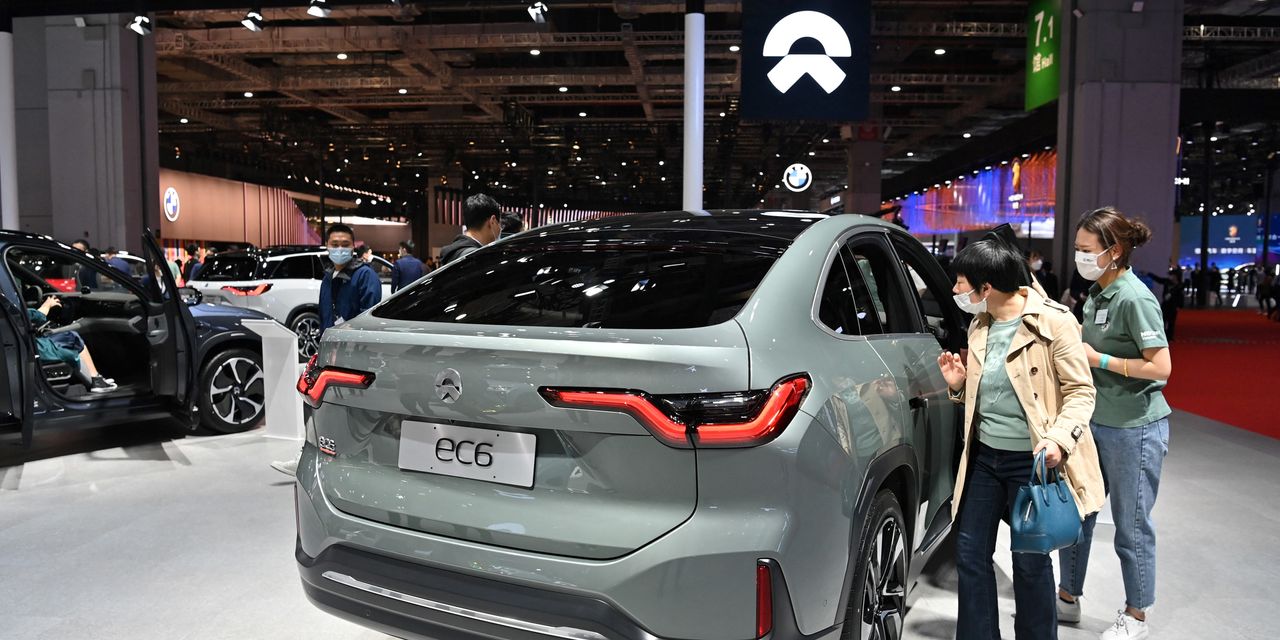