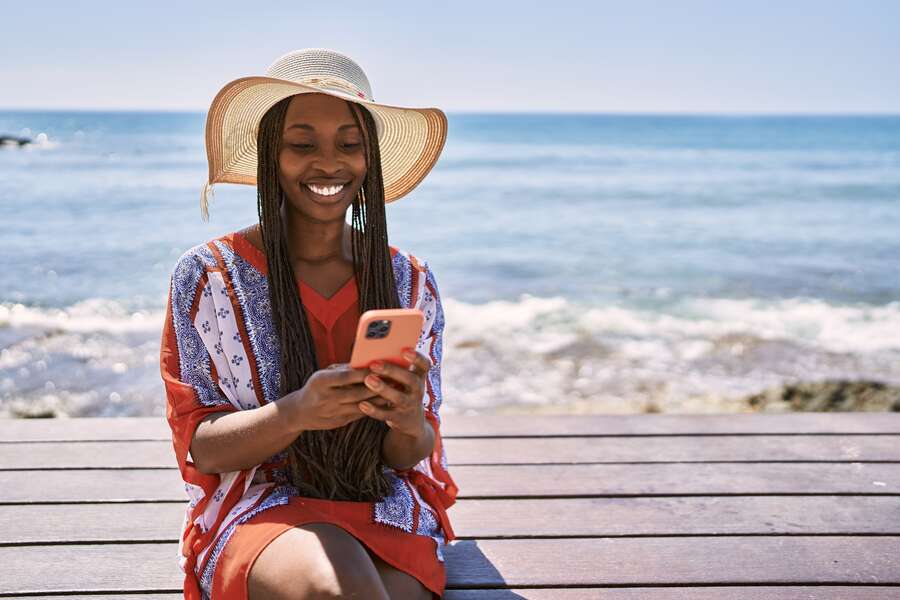 Summer is all but here, with hot weather right around the corner. The rising temperatures will also mark an increase in flight prices according to travel experts. Expedia wants to help you find the best flight prices out there, and has compiled a pretty extensive playbook of tips to do so.

“People are ready to make their summer vacations happen no matter what,” said Christie Hudson, senior public relations manager for Expedia, in a press release. “With many travel restrictions easing over the past month, travelers have been inspired to dust off their bucket lists and get a jumpstart on planning. Prices are already reflecting that pent-up demand, so timing is going to be key for getting the best deal.”

The first thing to know is where the most sought after destinations will be. According to recent spikes in searches on Expedia, beach destinations like Bar Harbor, Bali, Maldives, Santorini, and Los Angeles are popular. Major US cities also seem to be trending, like Chicago, Houston, Washington, DC, Austin, and New York City. The third pillar of popular destinations are international cities like Singapore, Stockholm, Ontario, Berlin, and Dubai. So if any of these locations were on your vision board for your summer vacation, you’ll want to plan carefully to avoid price gouging.

While location obviously will play a huge role in the cost of flights, so will your timing. Expedia predicts that August will be the cheapest month to fly, with the average cost of a ticket dropping by 10% compared to July’s prices. These findings are similar to figures that Hopper released about summer flight prices. The most expensive day of the summer to fly is July 1, when tickets are an average of 25% higher.

Like most times of the year, weekday flights are typically lower priced than weekend flights. This summer, the cheapest average ticket prices are on Tuesday and the most expensive will be on Friday. Last minute deals will be harder to find this summer, so it’s also best to book as far ahead as you can.

“When viable, travelers should remain flexible with their travel dates,” Expedia’s travel experts shared. “For instance, choosing a weekday over a weekend or avoiding traveling over the holidays can yield savings. Use fare calendars and create price alerts to track pricing and snag a deal.”

Finally, to give you a shortcut to finding some low cost destinations, Expedia also produced a list of destinations that often have round trip flights for around $350 this summer. Those cities are:

Not sure if your airport will be included in the deals? Thrillist has highlighted the cheapest airports to fly out of for domestic travel. With all this information, hopefully you’ll be able to get where you are going this summer without spending a fortune. Just be prepared for larger crowds this summer wherever you go, as a record number of travelers are expected to be out and about. Remember: travel safe, travel smart, and get creative with your summer destinations.