eganuary is all well and good, but what about the food miles on that tin of coconut milk, or the farming practices behind that avocado? In recent years, luxury has become more about treading lightly on the planet and questioning the practices behind what you’re enjoying. We’ve seen it across travel, fashion and beauty products, but choosing to dine more sustainably is one of the easiest and most effective ways to use your purchaser power.

Greta Thunberg, Extinction Rebellion and Cop26 have got us all thinking about the impact of what we’re eating – not just on our bodies but on the world. It’s not all heavy stuff, though. Eating in keeping with the seasons and your environment is often far more delicious too. Clearly, the latest move towards ‘climatarianism’ is trickling up to the fine dining sphere, where caviar and bluefin tuna are quickly (and thankfully) giving way to ancient grains, heritage breeds and locally-sourced produce. And the establishment has been quick to reward their efforts: the Michelin Guide introduced the ‘Green Star’ in 2021, highlighting restaurants which hold themselves accountable to outstanding eco-friendly commitments.

Sustainable credentials could include the sourcing of ethical produce, paying attention to food miles, cooking seasonally, and cutting down on waste within the kitchen, as well as staff welfare and community initiatives. There’s also the Slow Food movement, which has been championing community-led initiatives for years, the Soil Association and the Sustainable Restaurant Association if you’re looking for more inspiration.

We’ve separated the wheat from the chaff (there’s still an awful lot of ‘greenwashing’ out there) and found you the very best in London’s sustainable dining scene.

For eco-warrior foodies, chef Douglas McMaster is something of a pioneer. He opened Silo in 2014 as the UK’s very first zero-waste restaurant, with a bold campaign to close the loop on produce waste once and for all. The menu reads like any trendy East London restaurant – smoked venison, celeriac and Sichuan peppercorn sauce, or perhaps brussels, hazelnut and lovage – but that’s where the similarities end.

For at Silo, they churn their own butter, mill their own ancient-grain flour, roll their own oats and compost everything they absolutely can’t use. Nose-to-tail is not just a buzzword, it’s an obsession. Silo’s concept centres around the idea of ‘not having a bin’, the challenges this poses and the solutions it inspires. Its sustainability efforts don’t stop in the kitchen, either – food is served on plates made from recycled plastic bags and wine drunk from glasses made from melted down bottles, while you’re sat under lights made from fungi.

Warehouse at the Conduit, Covent Garden

Speaking of Silo, the restaurant’s ex-Head Chef Brendan Eades has gone on to create something pretty fantastic himself in the sustainability sphere. Warehouse launched this winter in the Conduit’s stunning new private members’ club, now open to the public for the first time. Eades is big on heritage produce, traditional preservation, fermentation and pickling techniques. There’s a gently healthy twist, with plenty of salads and foraged ingredients on the menu. When it comes to cocktails, you can expect hyper-seasonal flavours, homemade infusions and hedgerow cordials galore.

Lady Bamford’s Cotswold estate, the flagship for this chain of farmshops, restaurants and cafés, was way ahead of the game in terms of sustainability. Everything it produces is organic, with great attention paid to heritage crops, animal welfare and regenerating the soil. At its South Kensington outpost, you’ll find tempting seasonal goodies (right now, it’s all about winter greens, forced rhubarb and blood oranges), before wandering through to the deli and restaurant counter for a menu of stews, salads and broths. Eliminating food waste is Daylesford’s newest mission: the company has committed to using surplus farmshop products in the restaurant, and distributing surplus restaurant food via Too Good To Go or The Felix Project.

The new guys on the sustainable restaurant scene, the Fallow team knows it has to take its pledges seriously to stand out from the crowd. As such, it’s committed to sourcing all its ingredients from the British Isles, making a lot of things in-house (charcuterie, sriracha sauce, three varieties of homegrown mushrooms), and thinking creatively when it comes to leftovers. Fruit and vegetables are rescued from suppliers (or the restaurant’s own Surrey allotment) to make parfaits and tarts, and whole ex-dairy cow carcasses are butchered on-site. In other words, this corporate corner of St James’s just got a whole lot cooler.

This glorified garden centre may be one of London’s most Instagrammable spots, but it also happens to be one of the most ecologically conscious. Sustainability spans from carbon footprint to staff welfare, and one of its most impressive credentials is the rather unglamorous-sounding grey water system. Essentially, they use an aerobic food digestor to odourlessly turns plate waste into grey water, removing the need for vehicular transportation of food waste.

“Everything from our chef jackets to our cling film has been rethought in an eco-friendly way,” the Petersham team tells Luxury London. “The kitchen uses greaseproof paper made from sustainable forest paper, 100 per cent compostable and recyclable, and their jackets are made from recycled bottles.” It’s hardly a surprise then that the Michelin Guide awarded them a Green Star in 2021.

The fishing industry has come under a lot of scrutiny from environmentalists over the last couple of years, but the husband and wife team behind Lyons Seafood & Wine Bar firmly believe it can be sustainable when done right. In 2018 they set about putting a ‘fin-to-tail’ seafood restaurant on the map, making fish collars, tails and heads not only palatable but sexy. A thoughtful drinks list follows suit, with low-intervention wines from small producers and cooperatives (and a number of English wines too).

Spring at Somerset House, The Strand

Any myths that sustainable dining is just wonky veg and cheap cuts is surely dispelled by Spring, Skye Gyngell’s impossibly glamorous restaurant at Somerset House. To attract the right crowd, the experience has to be aspirational while also being good for the planet. This is something Gyngell gets intrinsically. Her ‘Scratch Menu’ made headlines when it launched a couple of years ago. It’s a daily changing menu using up whatever surplus delights they have in the kitchen (not suitable for anyone with dietary requirements, as what you’re served is the luck of the day) for a very reasonable £25 for 3 courses. Spring was also the first London restaurant to eliminate single-use plastics in 2019, no mean feat when you’re turning over 100 covers multiple times a day.

Native’s specific breed of sustainability is all about wild, foraged and unfarmed food. This spans across its meat – fallow deer, wood pigeon and river trout – its wild mushrooms, hedgerow berries and seaweed infusions, and the edible flowers which garnish the plates. The restaurant concept jumped around various venues in London finding its feet, before settling at Browns’ flagship boutique in Mayfair. Make sure to try their Chefs’ Wasting Snacks to start, which change by the day but could include fermented tomatoes, crispy potato peelings and other surprises.

Previous post Outlook on the Cloud Computing in Higher Education Global Market to 2027 – Featuring Adobe Systems, Netapp and VMware Among Others – ResearchAndMarkets.com 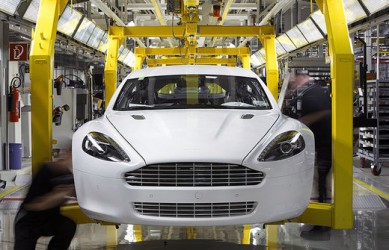