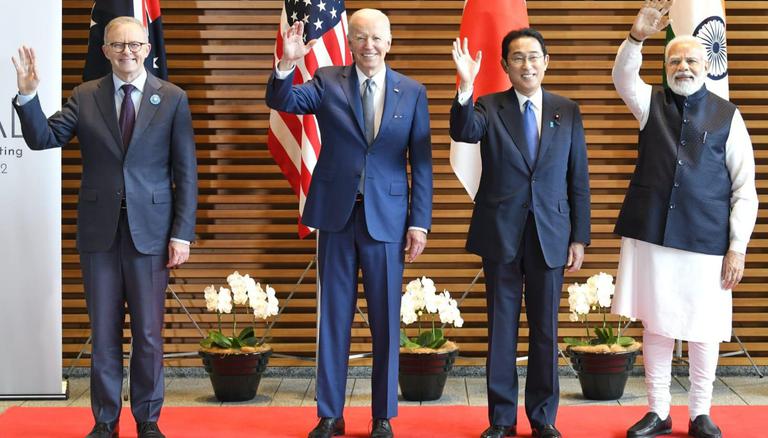 The QUAD Leaders’ Summit 2022 kickstarted on May 24, with state heads of the member nations – India, Japan, the US, and Australia – engaging in joint closed-door meetings over a myriad of issues ranging from developments in the geopolitical landscape to climate change, and more.

Noting the factsheet of the QUAD Summit, experts have raised considerable concern over the persistent human rights crises and democratic backsliding in the Asia-Pacific region.

Now, before we delve into the issues flagged by human rights watchdogs, it is pertinent to understand the framework of QUAD grouping.

The framework of the QUAD or Quadrilateral Security Dialogue surfaced in 2004 after the massive Tsunami, which caused largescale destruction in Japan. India, Japan, the US and Australia became the “core group” to launch a joint response in order to reverse the impact of the natural disaster.

Later, during his Tokyo visit, then PM Manmohan Singh announced that New Delhi and Japan wanted to begin the four-nation bloc with “like-minded countries in the Asia-Pacific region.” The group came into effect in 2007 by then Japan PM Shinzo Abe during the ASEAN meeting in Manila. However, the group went dormant as Canberra feared it would irk Beijing. Nevertheless, since 2017, the group revived as Donald Trump believed QUAD was a “pivotal” approach to counter China.

The primary objectives of QUAD have remained maritime security, mitigating the pandemic-led crisis, vaccine equity, climate change, economic development, and boosting tech innovation. All four countries also share common concerns over growing Chinese influence in the Indo-Pacific region, posting a threat to the free and inclusive trade route. Ahead of the ongoing QUAD Summit in Tokyo, PM Modi described the alliance as “a force for global good.”

Now, looking at the strategic approach of the QUAD nations for the ongoing Summit, human rights experts stated that the leaders of the collective must address the propelling human rights crises that are simmering in Afghanistan, Myanmar, North Korea, and Sri Lanka. “The QUAD needs to place Asia’s massive human rights and humanitarian crises at the heart of its discussions and decisions,” said John Sifton, Asia advocacy director for Human Rights Watch (HRW). He pointed out that the crises and the consequent developments in the region are “vastly different in cause and features.”

“Leaders of the United States, Japan, India, and Australia should reach agreements on new measures to address human rights crises and democratic backsliding in Asia,” Sifton said in a statement on May 22 as the leaders prepared to set course for Japan.

Afghanistan: The “hasty” withdrawal of America in mid-August last year prompted a Taliban insurgency in Kabul and subsequently a takeover. Ever since, people in war-torn are living under dire humanitarian and economic crises, fuelled by the pandemic. Further, the interim regime has also imposed “abusive” policies on the population, especially women, which has led to growing discontent among people.

The QUAD leaders have decried the Taliban misrule. In addition, the US, India, Japan and Australia have also dispatched millions in humanitarian aid. Nevertheless, the HRW highlighted that the QUAD needs to coordinate with other governments to press the Taliban to abandon their controversial rules, including the ban on secondary education for girls over 6th grade and stringent restrictions on travel, employment, and clothes.

Improving the human rights of people in Asia is consistent with addressing the authoritarianism of the Chinese government. https://t.co/wgcrYd9U61

Sri Lanka: Lack of transparency, mismanagement of government funds, corruption, and misrule has left the island nation grappling with the combined economic and political meltdown. At least 22 million are struggling to secure food and other basic supplies as the country’s leaders try to resolve the political situation amid growing public discontent and a failing economy

India has sent nearly 2 billion in humanitarian aid consignment to Sri Lanka amid the crisis in addition to 40,000 metric tonnes of diesel as Sri Lanka is struggling to pay for its imports amid vanishing foreign reserves, causing major devaluation and rising inflation. India has extended over a $500 million credit line to help Sri Lanka.

North Korea: The list of repressions in North Korea is unending. In 2020, the HRW listed North Korea as one of the “most repressive” countries in the world. Under the leadership of the Kim dynasty, the country has faced forced labour, enforced disappearance, imprisonment, execution and tight restrictions on communication with the outside world. The totalitarian government under Kim Jong Un has also curtailed all basic liberties, including freedom of expression, religion, and association.

Myanmar: The country is in a state of profound crisis since the military junta led by Tatmadaw leader Min Aung Hlaing deposed the Aung San Suu Kyi-led NLD government in February 2021. According to the UN Human Rights organisation, after nearly 1.5 years of the coup the country is in “total disarray.” Almost half of the 55 million people in the country are plunged into poverty in 2020, said UNHRC chief Michelle Bachelet. At least 1,600 people have already been killed in the country mired in deep economic and political collapse.

Despite efforts, the military junta has refused to bring reform to its governance. The military, unrecognised by the global leaders, also failed to uphold the “five points consensus” reached with the ASEAN. Lack of accountability and a clear violation of humanitarian laws has shattered several ethnic regions.

China: Last but not least China is another country in the East that is known for its widespread violations of humanitarian law within and beyond its territorial borders. Mass detention of Tibetans, and Uyghurs, religious persecution, enforced disappearances, sexual violence, and state-controlled reproductive measures in the name of preserving the security of the country have left the citizens in China, Hong Kong, Xinjiang and Tibet under dire conditions. Beijing has also undertaken a “Strike Hard Campaign against Violent Terrorism,” under which the authorities crackdown on dissidents and detain them mostly under false charges.

Thus, the human rights watchdog outlined that on the sidelines of promoting regional growth in fields of economy, infrastructure, and technology, it is pervasive the QUAD members “promote human rights institutions, democratic governance, and rule of law domestically and regionally.” They also stressed that the leaders “should reach common positions on addressing major human rights crises in the region and speak publicly in specific concerns.” The HRW also urged leaders to recognise the credibility to speak on human rights abuses and work to improve the situation of people in Asia. 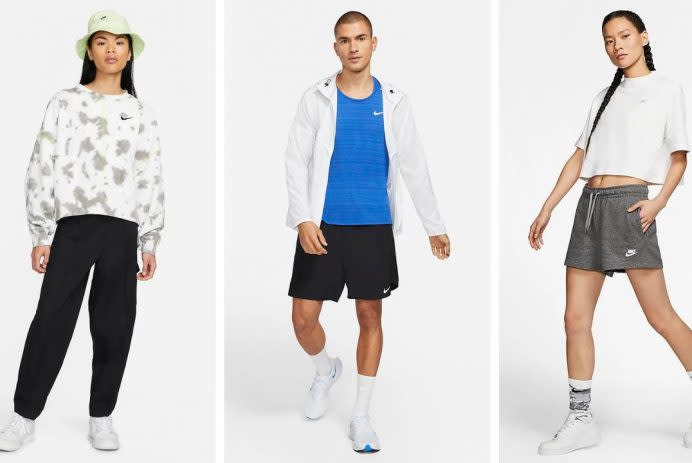 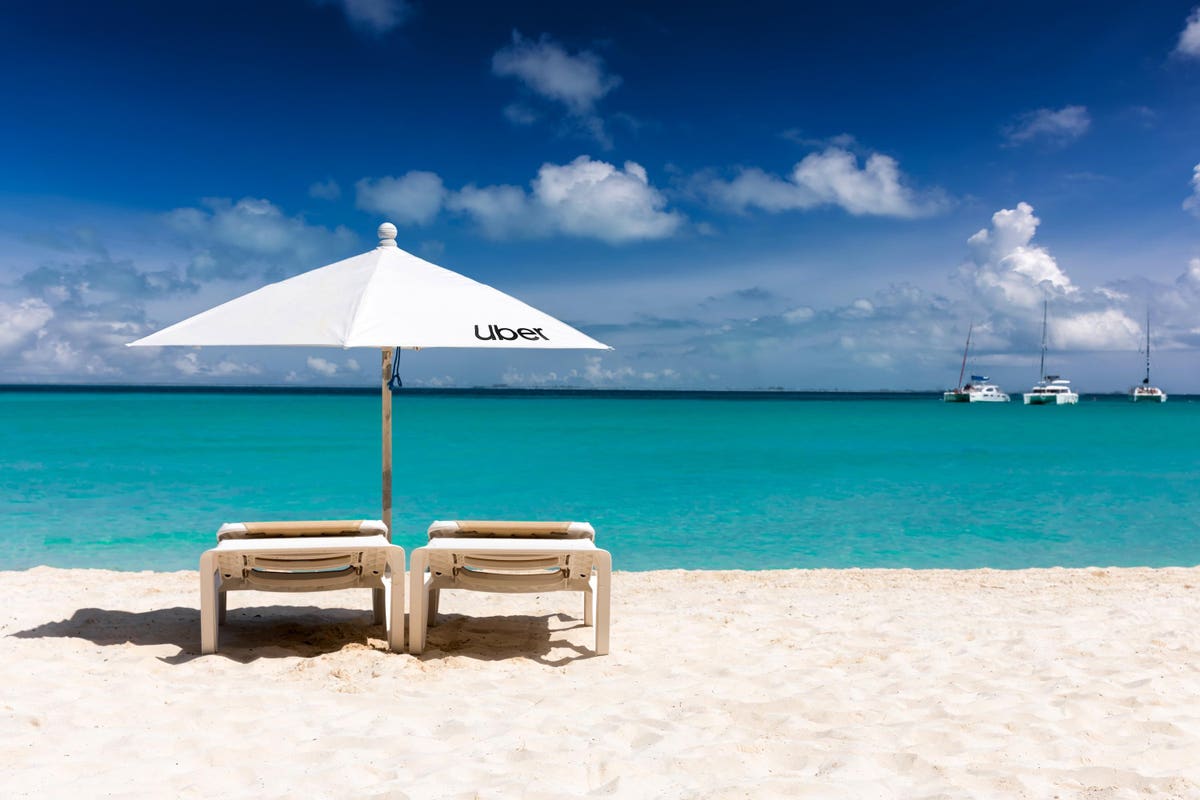