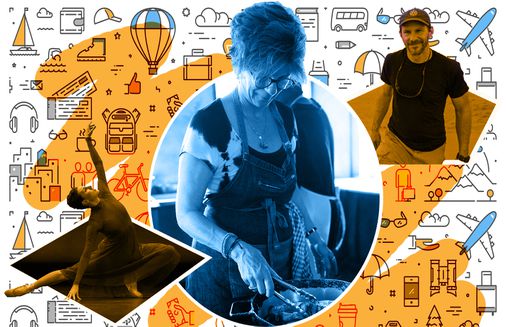 She wasn’t in Palermo on vacation, however. Adams was early for a side gig guiding travelers on a food trip around Sicily. And she was able to use what she learned in that alley as part of the tour.

An expanding cast of celebrated chefs, authors, athletes, entertainers, adventurers, and other experts — one entrepreneur who works with them calls them “masters of their craft” — are launching, buying into, and leading travel excursions worldwide, taking advantage of their social media followings and diversifying their brands.

Get The Big To-DoYour guide to staying entertained, from live shows and outdoor fun to the newest in museums, movies, TV, books, dining, and more.

Adams will next head up a cooking safari through Tanzania. Soccer icon and former Manchester United captain Eric Cantona has debuted a series of international match-week tours. Light Watkins, meditation coach to Meghan Markle and Prince Harry, is leading meditation retreats to Bali and elsewhere. Hockey right winger Chris Neil and some partners in January opened a series of ice skating trails around Ottawa, where he played for the Senators. NBC News journalist Aliyah Jasmine will accompany Exodus Travel clients to Morocco in the fall.

Matt Wright, the “Outback Wrangler” from the Netflix series “Wild Territory,” operates luxury villas, an island resort, and jetboat tours in Australia’s Northern Territory. Bear Grylls has survival academies in the UK and Greece and a new “explorer camp” in the United Arab Emirates. Jay-Z and Will Smith are investors in Hipcamp, an online booking service for largely upscale yurts, cabins, treehouses, and campsites.

“Game of Thrones” author George R.R. Martin is one of the lead investors in a tourist train styled on his work, while Hafþór Júlíus Björnsson, who played Gregor “The Mountain” Clegane in the HBO series adaptation, shows well-heeled visitors around his native Iceland. And Canadian explorer and “Angry Planet” host George Kourounis guides small group tours to destinations including Borneo and Jordan.

These experts “are able to appreciate the subtle things about those locations, those experiences, and translate that to you. And that enriches the experience,” said Kourounis, who also works with Exodus.

“Everybody wins,” he said. “The travel company gets to piggyback on the popularity of the people who they bring on board. The experts can expand their sphere of influence. And the traveler is either already a fan of this person or they like the idea of gaining insight from this person. Plus, let’s be honest, these are pretty good Instagram moments, hanging out with a footballer.”

Cantona, known to ManU fans as King Eric, teamed up in January for his Looking FC soccer tours with a new venture capital-backed company called Dharma, whose entire business model is to create travel brands in collaboration with well-known people and companies including Equinox.

“There’s an aspirational element of travel that didn’t exist in the past,” said Charaf El Mansouri, Dharma’s cofounder and CEO. “The new-age pilgrimage is being able to go on a trip with your favorite footballer” instead of on what El Mansouri called an “anonymous, geography-based experience.”

The advantage to the company is that celebrities like these have huge followings, he said, saving on the need to constantly market new trips. “It takes away the biggest cost center in travel, which is customer acquisition.”

El Mansouri emphasized that Dharma works with what it calls “masters of their craft” who have expertise about a place or topic, and “not just influencers who take pictures of their food or their pets.”

But influencers are getting in on this trend, too. The travel startup Elsewhere offers trips based on itineraries previously customized for the likes of Zac Efron’s brother Dylan (Guyana), Peloton instructor Emma Lovewell (Chile), and Amanda Kloots, cohost of “The Talk” (South Africa).

“We create the trip and then the celebrity shares it on their various social channels as a trip their followers or customers could take with Elsewhere,” cofounder Craig Zapatka said. “And we market it on our channels as a trip made for Amanda Kloots that you can book yourself.”

On many others of these kinds of tours, however, the expert comes along. Luminary Travel’s “experiences” are led by people including Björnsson, historian Doris Kearns Goodwin (Paris and Normandy), New York City Ballet principal dancer Tiler Peck (New York) and Eataly chef and Food Network personality Simone Falco (Naples and Sorrento).

Connecticut-based travel company Tauck has teamed up with Ken Burns on tours of the National Parks, Civil War sites, and other destinations Burns has chronicled in his documentary films. In London, Tauck introduces its guests to Celia Sandys, granddaughter of, and frequent writer about, Winston Churchill.

“It’s one thing to see a statue of Churchill. It’s another thing to have his granddaughter telling you about him,” said Jennifer Tombaugh, Tauck’s president. “It’s more vibrant. It’s more personal. It may be a little bit of the trophy value of that ‘Guess who I met?’”

Meanwhile, associations like these “certainly paint a brand halo” for the company. “They bring a following, which is terrific for us.”

Martin, the “Game of Thrones” author, is principal partner and creative lead of the new Sky Railway Adventure Train in Santa Fe, N.M., whose engines are painted to resemble a dragon and a wolf.

“It’s his imagination” that passengers experience on the 18-mile tourist train, which also offers live music and theater, said Steven Wilson, head of entertainment. “Usually the first thing I always hear is that this is George’s train. People book it with the expectation of getting something different.”

The most active experts shifting into travel are top chefs, many of whom have won celebrity on TV cooking shows and networks.

Especially since COVID-19 emerged, said Adams, “chefs are having to diversify — writing cookbooks, teaching classes, doing events. What we’ve learned is it’s really important to keep your name out there.”

Some of the people with whom she’s traveled on her tours have even invested in her restaurants. “It’s an amazing way to build relationships.”

Tourissimo Travel capitalizes on this with its Chef Bike Tours through Italy and other countries. Adams has done one, said Tourissimo co-owner Heather Dowd, a transplant to Italy from Massachusetts. Chef, cookbook author, and Food Network regular Mary Sue Milliken will head up a tour this spring in Sardinia, as will James Beard award-winning wine expert Elizabeth Schneider, to Piedmont.

“You’ve got a far more educated consumer than you had before,” said Anna Juhl, founder and owner of Cheese Journeys, which also brings along high-end chefs and cheese and wine experts on its trips. Travelers “are tired of the typical European food-type tour and looking for something more exclusive. They want to be with people who can educate and teach them about the things they may have seen on the Food Network.”

And “when they see these people are with us and not just cooking one meal but you can hang with them for a whole week, that’s really special.”

Jon Marcus can be reached at [email protected] 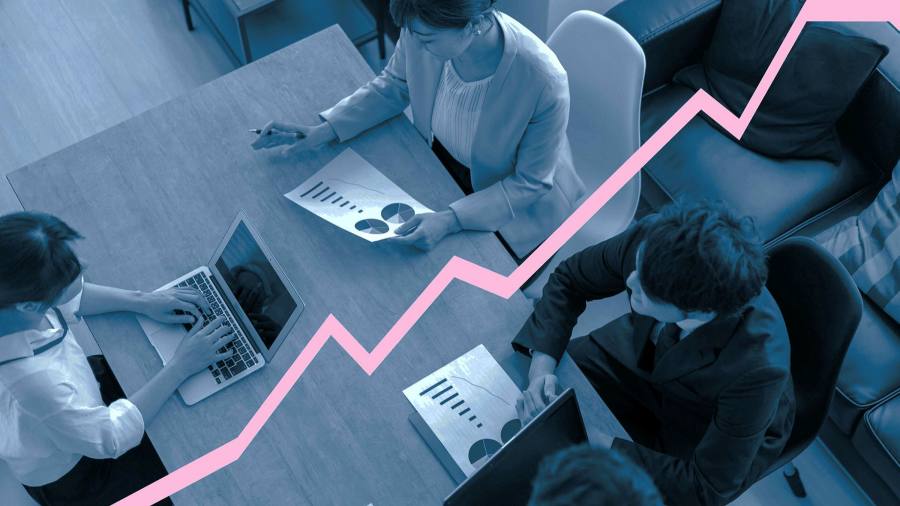 Previous post The changing face of the MBA, in charts